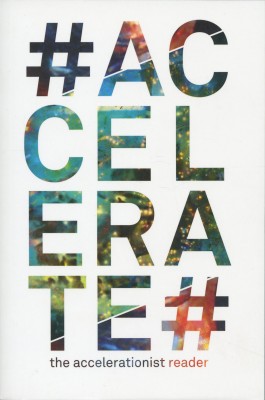 #ACCELERATE presents a genealogy of accelerationism, tracking the impulse through 90s UK darkside cyberculture and the theory-fictions of Nick Land, Sadie Plant, Iain Grant, and anonymous units like CCRU and SWITCH, across the cultural underground of the 80s (rave, acid house, Terminator and Bladerunner) and back to its sources in delirious post-68 ferment, in texts whose searing nihilistic jouissance would later be disavowed by their authors and the marxist and academic establishment alike.

On either side of this largely unexplored central sequence, the book includes texts by Marx that call attention to his own 'Prometheanism' and key works from recent years document the recent extraordinary emergence of new accelerationisms steeled against the onslaughts of neoliberal capitalist realism, and retooled for the twenty-first century.

At the forefront of the energetic contemporary debate around this disputed, problematic term, #ACCELERATE activates a historical conversation about futurality, technology, politics, enjoyment and Kapital. This is a legacy shot through with contradictions, yet urgently galvanized today by the poverty of 'reasonable' contemporary political alternatives.