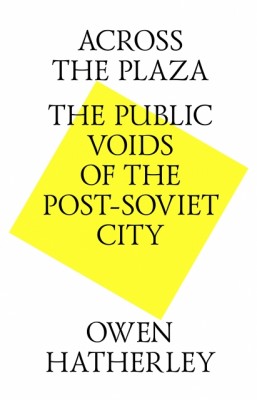 The vast, proverbially windswept plazas built under “really existing socialism” from the 1920s to the 1980s are widely considered to be useless spaces, designed to intimidate or at least impress. Yet if they are only of use to those in power, why is it they have been used so successfully in protest? From Petrograd in 1917 to Independence Square in Kiev during the Orange Revolution, these spaces have become focuses for mass protest. Beginning in Berlin’s Alexanderplatz, and taking in Warsaw, Ljubljana, Kharkov and Moscow, Owen Hatherley heads in search of revolt, architectural glory and horror. Along the way he encounters the more civic squares that replaced their authoritarian predecessors and finds that, paradoxically, the old centres of power are more conducive to dissent than these new, ostensibly democratic plazas.