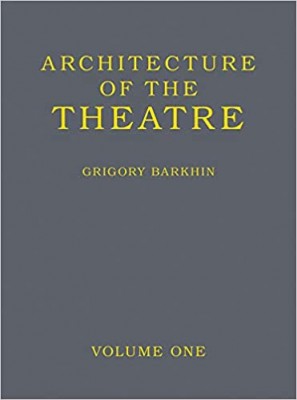 The first volume follows a historical timeline, from early classical theatres to some of Europe's national treasures – La Scala, Opéra Garnier, Vienna State Opera – and the development of theatre architecture in the Russian Empire. The second half of the book is devoted entirely to Soviet theatre architecture of the pre-war period, in particular the five-star design of the Red Army Theatre in Moscow, and competition projects for theatres in Rostov-on-Don, Sverdlovsk and Minsk, which Barkhin himself designed with his son Mikhail. These projects can be seen as the cornerstone of the development of Soviet architecture of the time.

In this remarkable book, published here in English for the first time, Barkhin sets out a blueprint for architecture that combines an understanding of the subject with a bold and uncompromising vision.