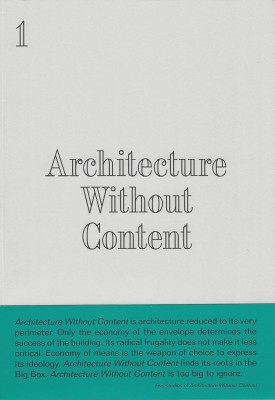 This set of five studio reports is a re-edition of the original booklets, made to conclude each of the studios which were held between 2011 and 2013 at Columbia University, Accademia di Architettura Mendrisio, TU Graz and EPFL.