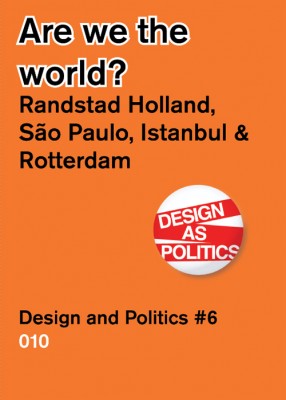 Part six of the series compares the Randstad region in the Netherlands with São Paulo, Istanbul and Detroit. It provides speculation on alternative visions for urban planning and idealistic architectural interventions for these cities. ‘Are We the World?’ is not only a plea for a more central role for city planning, along with an active exchange of ideas, but also for new political involvement. This instalment questions whether Dutch ingenuity, pragmatism and process management – qualities admired in the poly-centric Randstad – are the ideals most applicable to the explosively expanding or shrinking cities of the 21st century. What does the Dutch model offer global cities, and what can it learn?