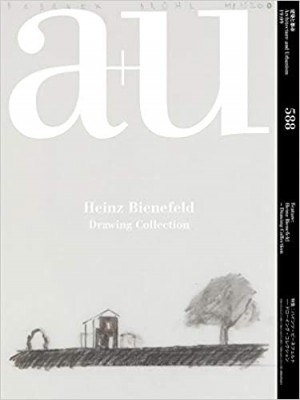 Rarely speaking of his own work, Heinz Bienefeld distanced himself from the star architect role. Instead, he chose modestly scaled residential and religious projects that were built to last multiple generations of users His work in brick and steel was influenced by classical architecture, particularly the Greeks, Romans, and Renaissance. He achieved these designs by steadily working through different scale drawings from 1:500 to his favored 1:10 which would sometimes be colored and resemble paintings These built works would exceed client expectations by striving to be enduringly beautiful As architecture increasingly became digitized, Heinz Bienefeld (1926-1995) remained analog. Guest editor Wilfried Wang, presents original drawings from 5 projects and conversations visiting them with Bienefeld's son Nikolaus. Bienefeld was known to design through a series of drawing scales, starting small and conceptual, then getting client approval at a medium level. Finally, details would be worked out in charcoal at his favorite scale of 1:10, then transferred by pencil and ink. Some of the drawings would be painted, giving the impression of paintings. These designs were frequently discussed with the craftsmen who would work on the project. Their input led to the construction of special, customized details unique to the structure. He favored building methods that proved long lasting, delivering projects that would serve multiple generations of users. Text in English and Japanese.