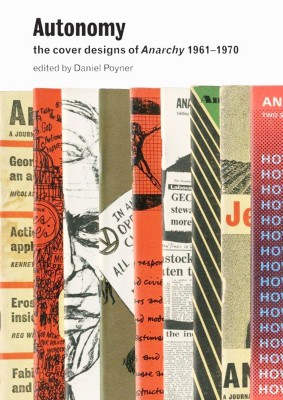 Anarchy was a journal of ideas published in London in the 1960s. Although its contributors were many and diverse, Anarchy was essentially the creation of one person, Colin Ward (1924–2010). With this journal, and throughout his work as a writer, editor, and activist, Ward proposed the idea that anarchist principles of mutual aid and autonomous organization outside a centralized state can be achieved here and now.

This book gives attention for the first time to the covers of Anarchy, designed mostly by Rufus Segar. These little-known works provided the enticing entry to the plain text pages of the journal. The book reproduces all of the covers in a sequence that suggests, incidentally, something of the history of graphic design in Britain in those years. And it goes beyond the images, with an array of supporting texts that give a full picture of Anarchy and its context.