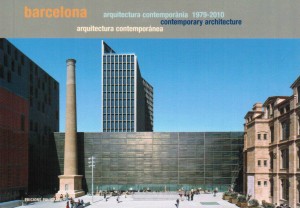 This compact architecture guidebook arranged by area, covers the architecture developed in democratic Barcelona, from the first municipal elections in 1979 up until the present. The city has seen numerous transformations during this time: connection between neighbourhoods, the construction of new squares and, above all, the infrastructures created for the 1992 Olympics that laid the foundations for a new urban model. The projects featured, from modest urban refurbishment plans to great buildings by architects such as Arata Isozaki, Norman Foster or Jean Nouvel (not to mention the interesting contributions from national architects) are organised by district and neighbourhood, are accompanied by abundant graphic information as well as a brief description in Spanish, Catalan and English. The guide is part of a four-volume collection which examines the different periods (old, modernist, modern and contemporary) which have marked the architectural evolution of the Catalan capital.