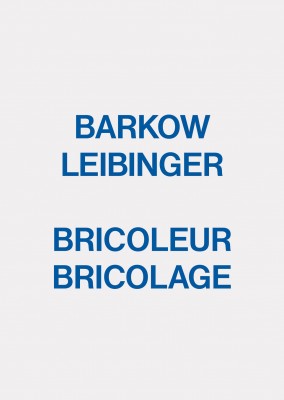 From the outset the role of the atlas has extended beyond the geographic to the historical. It has been used as a means of comprehensively describing history as well as, of course, a tool for the teaching of history.

Barkow Leibinger's Bricoleur Bricolage atlas is a historical tool of an altogether different sort from the sixteenth-century European projects and their many descendants interested in the mapping of all history. Yet this atlas shares with its early modern origins a belief in comprehensiveness, orderliness and chronology – in this case, of the projects, research and ideas that the Berlin office of Barkow Leibinger have undertaken during the past few years, or to be more precise, since such activities were catalogued last, in Barkow Leibinger: An Atlas of Fabrication, published by the Architectural Association in 2009.