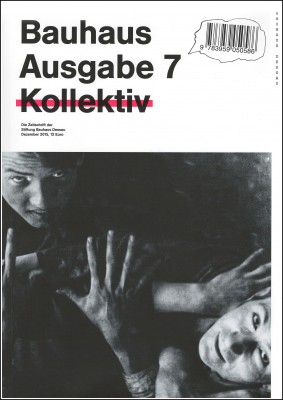 The Bauhaus Dessau Foundation is devoting its 2015 edition of the magazine to the “collective” and thus focuses on individualists, unorthodox thinkers, and solo artists. In the 1920s the Bauhäusler – a group that includes not only teachers and students but also friends of the school – saw themselves as members of a creative collective devoted to learning, working, and experimentation. They not only designed the products and visions of a new life but also tested them using their own models. The tenor and context of the collective concept changed several times in the fourteen years of the Bauhaus’ existence: from the romantic notion of a cloistered community with an elitist vision via a model of cooperative collectivism to liberal ideas of team collaboration and networking.