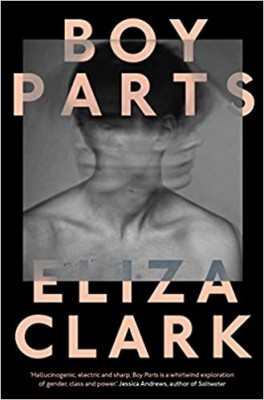 Irina obsessively takes explicit photographs of the average-looking men she persuades to model for her, scouted from the streets of Newcastle.

Placed on sabbatical from her dead-end bar job, she is offered an exhibition at a fashionable London gallery, promising to revive her career in the art world and offering an escape from her rut of drugs, alcohol, and extreme cinema. The news triggers a self-destructive tailspin, centred around Irina’s relationship with her obsessive best-friend, and a shy young man from her local supermarket who has attracted her attention…

Boy Parts is the incendiary debut novel from Eliza Clark, a pitch-black comedy both shocking and hilarious, fearlessly exploring the taboo regions of sexuality and gender roles in the twenty-first century.