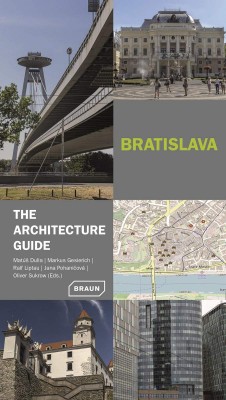 In Bratislava, important developments in European architectural and cultural history are condensed as if under a magnifying glass. Visibly to this day, they have inscribed themselves into the urban fabric and architecture. The architectural guide illustrates the different layers from the capital of the Kingdom of Hungary under the Habsburgs in the 17th century via the status as an urban center in Czechoslovakia in the 20th century to its new role as the capital of independent Slovakia since 1993. For the first time this publication offers a systematic overview of the impressive architectural culture. A team of experts from the Technical Universities of Bratislava and Vienna guide through the architecture of the young capital, which is characterized by both fractures and continuities and which evolves dynamically to this day. The chronologically structured chapters and the illustrations of each of the 160 buildings vividly convey the characteristics of each era, while thematic short essays deepen central aspects.