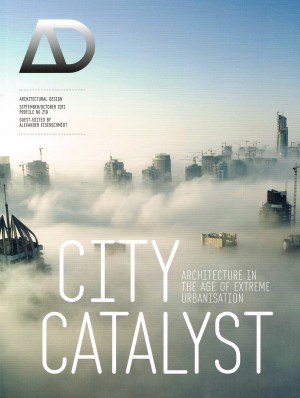 The city has become an important new starting point in the quest for architecture. At a time of extreme urbanisation, unharnessed urban growth has led many architects to rethink the way that buildings are designed for the global metropolis.

It is no longer practical or desirable to impose the standardised, idealized planning of the 20th century. Rather than viewing the city as a fixed entity, architects are now seeking direct inspiration from the existing urban environment and learning from its ever-changing state that resists predetermination. The city, in all its complexity, has become a realm of invention and a space for possibilities where new designs can be tested. This is as apparent in the work that architects are undertaking in the informal settlements, or favelas, of Latin America, as in the more regulated spaces of Chicago, London or Tokyo.

Favouring an inclusive way of viewing the city, no aspect of the urban world is any longer rejected outright, and architects and urban designers instead find potential and learn from the underlying dynamics of the contemporary city. This attitude highlights the generative capacities of the city and finds new ways of engaging it. At the very least, it advances an architectural thinking that engages the city, harnesses its potential and seeks opportunities in its existing condition.