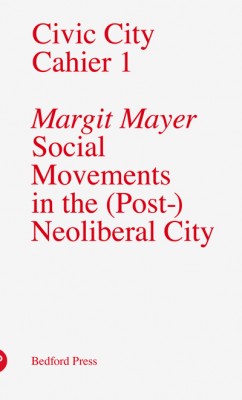 The Civic City Cahier series intends to provide material for a critical discussion about the role of design for a new social city. It publishes short monographic texts by authors who specialise in urban and design theory and practice.

Margit Mayer looks at contemporary social movements that contest neoliberal urban development by invoking the Right to the City, a motto originally coined by Henri Lefèbvre in the 1960s. Mayer contrasts these new movements to those of previous phases in postwar, political-economic development, and thus establishes a set of correspondences between consecutive urban regimes and shifting forms of contestation.