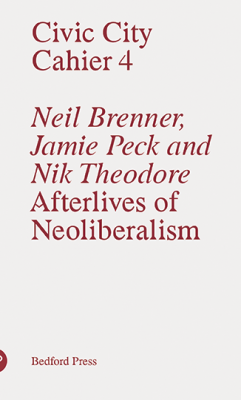 The global financial collapse of 2008 was widely interpreted as discrediting the neoliberal project and its false utopia of market rule, though it remains to be seen whether the death of neoliberalism has been greatly exaggerated.

Will late-neo-liberal reforms and modes of crisis management usher in a truly post-neo-liberal political settlement? How can a rejuvenated ‘civic city’ emerge from within the interstices of the fractured, polarised urban spaces of late neo-liberalism?