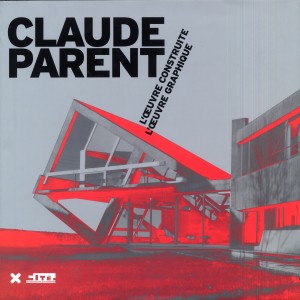 This monograph dedicated to Claude Parent, known as the architect of the oblique function, is published in conjunction with the exhibition at the Cité de l’architecture & du patrimoine. It traces the course of fifty years of innovation, infused with the concepts Parent developed during his incessant research work. Comprising a rich iconography, essays, project analyses (some hitherto unpublished) and excerpts form articles published over the period enable the reader to better apprehend the opus of an architect of outstanding creativity. Parent is the architect of the function oblique, a theory he developed with theorist and urbanist Paul Virilio in 1963 and whose potential he skillfully explored throughout his career. He also designed countless utopian visions whose recurring themes (movement, unfolding and spirals) are manifested in his built works. This book Includes his experimental houses designed with Ionel Schein and his collaboration with AndrŽ Bloc and the artists of the Espace group. Texts by Jean Nouvel, Marie-Ange Brayer, Francis Rambert, FrŽdŽric Migayrou.