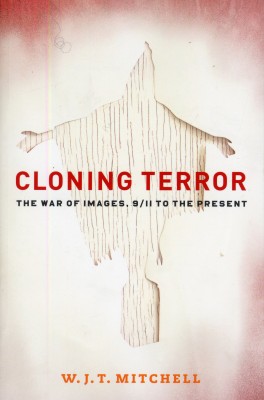 Cloning Terror – The War of Images 9/11 to the Present

This book by W.J.T. Mitchell explores the role of verbal and visual images in the War on Terror, where the imaginary conception of images has inspired a reality of its own making. Based on this concept, Mitchell argues that the concept of clones and cloning triggers an anxiety about new forms of image-making that has amplified the political effects of the War on Terror. Cloning and terror, he suggests, share an uncanny structural resemblance, shuttling back and forth between imaginary and real, metaphoric and literal manifestations. In Mitchell’s startling analysis, cloning terror emerges as the inevitable metaphor for the way in which the War on Terror has not only helped recruit more fighters to the jihadist cause but undermined the American constitution with “faith-based” foreign and domestic policies.