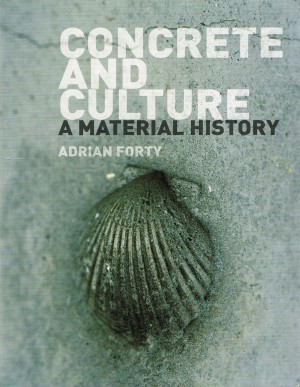 Despite its ancient Roman origins, concrete is considered the ultimate modern material. Used in our pavements, roads, tunnels and walls, concrete surrounds us wherever we go and polarizes opinion, provoking intense loathing in some and fervent passion in others. Crucial to the construction of some of the world’s most avant-garde buildings but also blamed for making all places look alike, concrete continues to be as controversial as ever.

Concrete and Culture breaks new ground by charting concrete’s effects on culture since its reinvention in the modern period, examining the ways it has changed our understanding of nature, of time and of materiality. This book discusses architects’ responses to and uses of concrete while also taking into account the role it has played in politics, literature, cinema and labour-relations, as well as in present day arguments about sustainability.

Adrian Forty takes the reader across Europe, North and South America and the Far East, reflecting on the global consequences of the material. Concrete and Culture is a uniquely innovative historical account of the part played by an often despised substance in people’s relationships to their physical surroundings.