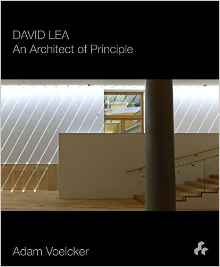 One of the most principled architects of his generation, and peer of Edward Cullinan and Richard MacCormac, Lea s quiet but substantial influence has reached a number of similarly thoughtful and sensitive architects, including MJ Long, Anthony Hudson and Adam Voelcker. David Lea studied under Sir Colin St John (Sandy) Wilson at the School of Architecture at the University of Cambridge in the 1950s. Like Lea, all of these architects reveal in their work a concern with accountability in architectural practice the use of local materials and accountable building technologies, and a deeply-rooted environmental sensibility. The design of the landscape for each building is key to Lea s practice and, with this in mind, the book sets out his work in the context of twentieth- and twenty-first-century architectural practice. Profiled projects include the Centre for Alternative Technology in mid-Wales and selected competition schemes such as Pembroke College, Oxford and a new library at Darwin College, Cambridge. With texts by Peter Blundell Jones and Adam Voelcker, David Lea: An Architect of Principle presents photographic imagery and David Lea s own exquisite drawings for each scheme.