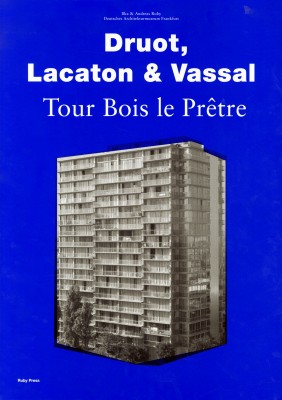 The Book presents Frederic Druot’s and Lacaton & Vassal’s retrofit of Tour Bois le Pretre, a decaying residential tower on the outskirts of Paris that even though occupied was scheduled for demolition. The architects renovated the existing structure and apartments while the inhabitants continued to live in them. Although the living area of each apartment increased by about 40 percent, the rents stayed the same. Nevertheless, the entire project cost less than what the French government had originally planned to spend on demolishing the existing building and erecting a new one. More than an architectural project, the Tour Bois-le-Pretre offers a model for architects, planners, conservationists, developers, and politicians to engage with one of the most important challenges in the coming dacades: the physical and social rehabilitation of the mass-produced housing developments of the 1960s and 1970s across Europe.

Text in English and German.