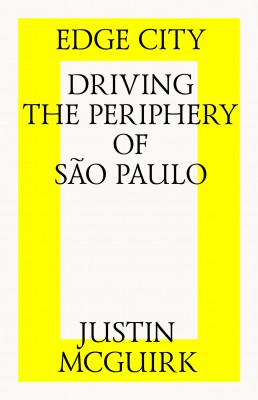 Exploring the edge condition of São Paulo, Justin McGuirk investigates the different forms of dwelling available to its would-be citizens, and meets some of the people carving a life for themselves on the verge of this unforgiving metropolis. Driving anti-clockwise, we take a journey backwards in time, moving from cardboard favelas and hastily built tower blocks, back to modernist social housing and the factory towns built early in the last century. Is this a tale, as the Brazilian flag attests, of “Order and Progress”? Are the citizens of the periphery better off looking after themselves than in the hands of developers and the paternalistic state? Part road trip and part urban critique, this drive-by portrait makes the case that the city is best understood not by its centre but by its edge.