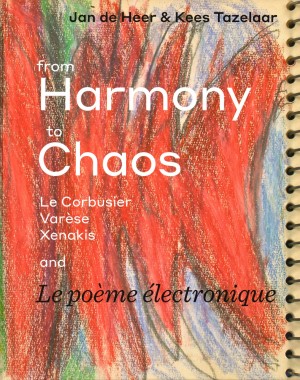 ‘Le poème électronique’ was the multimedia event presented in the Philips Pavilion at the Brussels World’s Fair of 1958. The structure and genesis of the event are discussed in this publication against a background of the conceptual viewpoints of the three artists involved: Le Corbusier, Edgard Varèse, and Iannis Xenakis. Despite that Philips ultimately showed its own vision of this spectacle of colour, light, and sound, the book deals with the scenario as it was originally planned, offering a new reconstruction based on an in-depth analysis. Pivotal to this is Le Corbusier’s notion of ‘synthèse des arts’; in this case, the synthesis of architecture, visual arts, film, spoken word, and music.