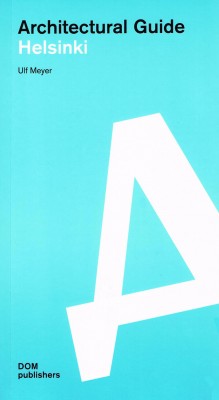 Helsinki is an architectural hub between East and West. The influence of nearby St Petersburg is just as palpable as that of European neo-classicism of the early nineteenth century. Creativity is a pervasive feature of this Nordic magnet for friends of good design and appreciation of Finnish architecture has reached an unprecedented international scale. Finnish design, moreover, is such a consistent award winner that Helsinki can be considered the world capital of good design.

This guide to the architecture of Helsinki introduces more than 120 buildings and projects. The pocket-size companion presents well-researched background on modern architecture and illustrates that there is far more to Finnish architecture than the works of well-known heroes such as Alvar Aalto, Heikki Sirén, Juha Leiviskä or Viljo Revell. Detailed maps and QR codes with geographic coordinates help travellers find precisely the building they are looking for.