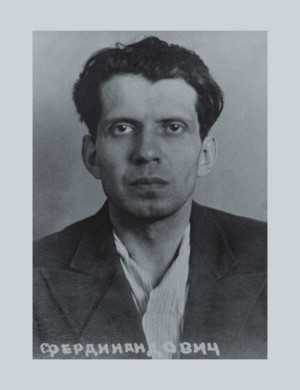 Lilly Dubowitz, with essays by Eva Forgacs and Richard Anderson

Stefan Sebök was a Hungarian-born architect who worked with Walter Gropius in Dessau and Berlin in the late 1920s. The book is the result of the research of Sebök's niece, Lilly Dubowitz, who has meticulously pieced together clues and details of her uncle's life.

He went on to work with fellow Hungarian emigré László Moholy-Nagy on his famous Light Prop, and later still moved to the Soviet Union to work with the constructivist architects Ginzburg, the Vesnin brothers and El Lissitzky. In between he carried out numerous projects of his own and found himself central to a key generation of emerging modern architects in Dresden, Berlin and Moscow.

The book gives a compelling account of the gradual elucidation of a once forgotten architect. The text is accompanied not only by numerous illustrations of Sebök's design work, but by essays on the Hungarian and Soviet context by historians Eva Forgacs and Richard Anderson.

'The book contains numerous superb illustrations of Sebök's design work and essays on the Hungarian and Soviet context by Eva Forgacs and Richard Anderson. This is an unusual scholarly piece of literature that illustrates both the dilemma of creative personalities faced with a totalitarian regime and the importance of uncovering and bringing to light the work of creative individuals whatever the effort involved.' Gerta Vrbova , AJR Journal, February 2013

'... in the drawings he [Sebök] appears like a wonderful ghost. They begin with townscapes and rich, vigorously expressionist self-portraits. The architectural drawings and documents, copied here in all their crumpled, dog-eared detail, are wonderful and refreshingly unfamiliar. They are a window into two decades, in which architects moved from radical, experimental constructivism, through international modernism, to classically infected socialism realism. Sebök may have been a minor modernist figure, but his short life embraced the most radical upheavals in architectul and socio-political history.' Edwin Heathcote, Icon, March 2013