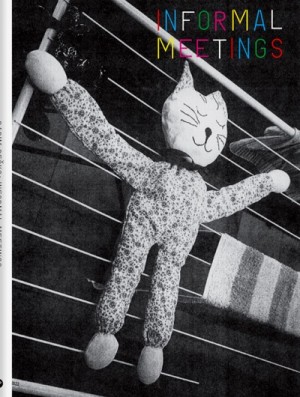 A group of children playing in the schoolyard forming a perfect circle, an abandoned tricycle drawing an infinity sign, and a gathering of Spongebob plastic cups on the dining table: these are some of the found compositions drawn from Informal Meetings, a collection of photographs by Amsterdam based graphic designer Radim Peško, made during travels and wanderings to different cities between 2001 and 2009. The photographs show poetic glimpses of seemingly unremarkable encounters between space and architecture that suggest their own stories.