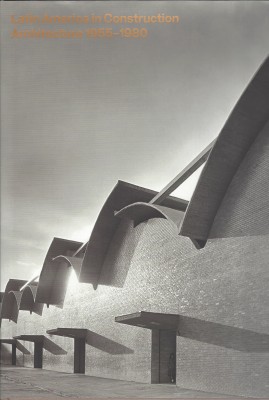 In 1955 The Museum of Modern Art staged Latin American Architecture since 1945, a landmark survey of modern architecture in Latin America. Published in conjunction with a new exhibition that revisits the region on the sixtieth anniversary of that important show, Latin America in Construction: Architecture 1955–1980 offers a complex overview of the positions, debates, and architectural creativity from Mexico and Cuba to the Southern Cone between 1955 and the early 1980s. This publication features a wealth of original materials that have never before been brought together to illustrate a period of self-questioning, exploration, and complex political shifts that saw the emergence of the notion of Latin America as a landscape of development. Richly illustrated with architectural drawings, sketches, and vintage as well as newly commissioned photographs, the catalogue presents the work of architects who met the challenges of modernization with innovative formal, urbanistic, and programmatic solutions. Today, when Latin America is again providing exciting and challenging architecture, Latin America in Construction brings this vital postwar period to light.