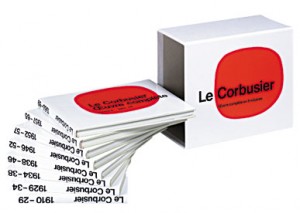 This exceptional Complete Works edition documents the enormous spectrum in the œuvre of one of the most influential architects of the 20th Century. Published between 1929 and 1970, in close collaboration with Le Corbusier himself, and frequently reprinted ever since, the eight volumes comprise an exhaustive and singular survey of his work.