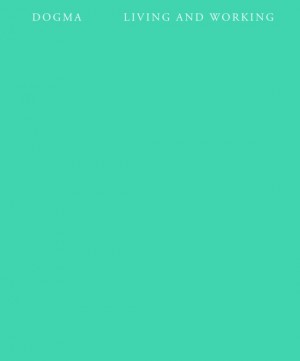 An argument against the ideology of domesticity that separates work from home; lavishly illustrated, with architectural proposals for alternate approaches to working and living.

Despite the increasing numbers of people who now work from home, in the popular imagination the home is still understood as the sanctuary of privacy and intimacy. Living is conceptually and definitively separated from work. This book argues against such a separation, countering the prevailing ideology of domesticity with a series of architectural projects that illustrate alternative approaches. Less a monograph than a treatise, richly illustrated, the book combines historical research and design proposals to reenvision home as a cooperative structure in which it is possible to live and work and in which labour is socialized beyond the family—freeing inhabitants from the sense of property and the burden of domestic labour.

The projects aim to move the house beyond the dichotomous logic of male/female, husband/wife, breadwinner/housewife, and private/public. They include the reinvention of single-room occupancy as a new model for affordable housing; the reimagining of the simple tower-and-plinth prototype as host to a multiplicity of work activities and enlivening street life; and a plan for a modular, adaptable structure meant to house a temporary dweller. All of these design projects conceive of the house not as a commodity, the form of which is determined by its exchange value, but as an infrastructure defined by its use value.