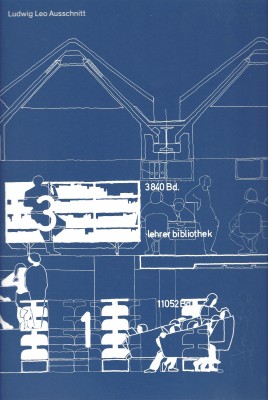 This book examines five projects by the Berlin architect Ludwig Leo (1924–2012), including the famous DLRG boathouse (1967–73) and the extraordinary pink and blue Umlauftank (1967–74). Appearing in conjunction with an Architectural Association / Wüstenrot Stiftung exhibition of the same name, the book is the first to be published in English about the work of this enigmatic architect. Illustrated with numerous drawings from the Ludwig Leo archive, texts and conversations about Leo’s work and legacy, and with a foreword by Peter Cook.