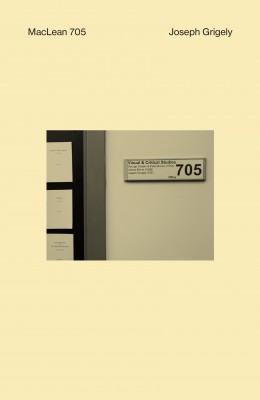 MacLean 705 documents an exhibition in twelve parts, organised by artist Joseph Grigely between November 2011 and December 2012, within MacLean 705, a small office atrium at the School of the Art Institute of Chicago. Twelve collaborators took part in this incremental exhibition, with each successive contribution, consisting of one work, adding to existing work, thereby unfolding a set of intertextual relations with each new installation.