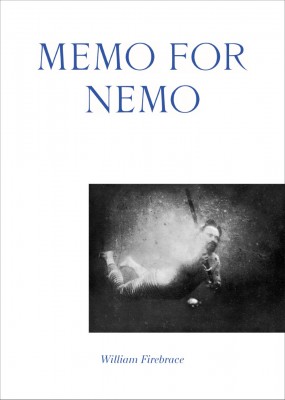 Memo for Nemo is an account of the human inhabitation of the undersea, in fact and fiction. It takes as its starting point Jules Verne’s novel Twenty Thousand Leagues Under the Sea, with the Nautilus submarine and its captain Nemo – inventor, explorer, oceanologist, gastronome, musician and terrorist. The undersea is examined as a zone created both by exploration and invention, from the earliest attempts to photograph and descend into the depths with deep-sea devices, through the 1960s experiments and actual inhabitation, such as the US Sealab and Cousteau’s Conshelf, to contemporary surveillance of the rapidly changing oceans. This history is paralleled and subverted by a fictitious history of films such as The Abyss, The Life Aquatic, Das Boot, Bioshock, Fantastic Voyage and other hallucinogenic delights.