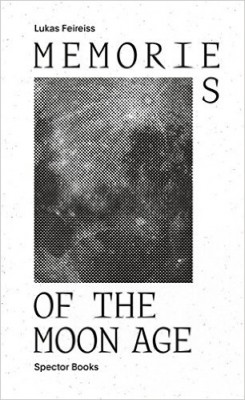 An exploration of travel to the moon in art, culture, and literature --from antiquity to the aesthetics of Stanley Kubrick. For centuries, humankind has been fascinated by space travel and visiting other planets. Long before engineers and scientists took the possibility of traveling to the moon seriously, it had been widely explored in art and literature. Even today, our nearest astronomical neighbor --just three days away by rocket --still serves as an object of creative projection and speculation to visionaries across the globe. Now, more than four decades since the first moonwalk, Berlin-based curator Lukas Feireiss brings us the book Memories of the Moon Age. In it, he traces a visual history of lunar exploration in the past, present, and future through fields including science, literature, and pop culture. This inspiring journey begins with Ptolemy's early calculations of the distance to the moon and Galileo's invention of the telescope and his pen drawings of the lunar surface. The book goes on to present fictional travels to the moon from the likes of Johannes Kepler, Cyrano de Bergerac, Edgar Allan Poe, Jules Verne, and J.G. Ballard. It also pays tribute to pioneers of rocket science including Max Valier, Hermann Oberth, and Wernher von Braun; the congenial bond of art, commerce, and science during the golden age of space travel in the mid-twentieth century; and NASA's preparation for the Apollo moon landing. The publication is rounded out by investigations into contemporary enterprises in lunar travel by Virgin Galactic and lunar construction by the architecture practice Foster + Partners. Memories of the Moon Age explores space travel to the moon as an inspiration for human imagination and a testing ground for making ideas a reality. For Feireiss, the future was never closer than it is today. Sooner or later, he argues, we are going back to the moon.