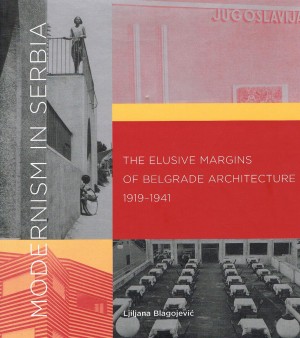 Modernism in Serbia is the first comprehensive account of an almost forgotten body of work that once defined regional modernism at its best. The book reconstructs the story of Serbian modernism as a local history within a major movement and views the buildings designed in Belgrade in the 1920s and 1930s as part of a larger cultural phenomenon. Because so many of the buildings discussed are disintegrating or have been destroyed or altered beyond recognition, the book serves not only as a documentary and critical study but also as a preservation resource. Most of the photographs and plans have never been published outside of Serbia, if at all.  In restoring this work to its rightful place in the history of modern architecture, the book also sheds new light on a number of other stories. These include the influence of Le Corbusier and of the Yugoslav avant-garde movement Zenitism and the impact of international modern movements on the theoretical underpinnings of Serbian modernism. One of the subplots follows the story of the Group of Architects of the Modern Movement in Belgrade and its four founding members, Milan Zlokovic, Branislav Kojic, Jan Dubovy, and Dusan Babic. Through anexamination of their work and that of other modern architects, most notably Dragisa Brasovan and Nikola Dobrovic, the book discusses the identity of Serbian modernism as it was established in the period from 1925 to 1940. The book also identifies those buildings that represent the purest examples of Serbian modernism and analyzes the qualities that make them quintessentially local forms while part of the larger modernist movement.