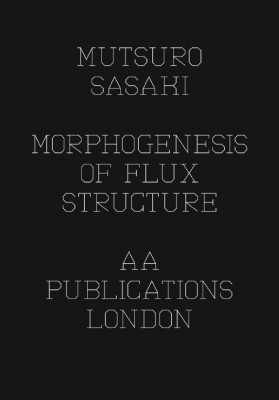 'At the beginning of the competition for the Sendai Mediatheque, I received an impressive sketch which expressed an architectural vision from the architect, Mr Toyo Ito. It seemed unrealistic, with irregular tubes supporting several thin plates swaying like seaweed. However the picture was full of poetry and exerted a strong power that stirred my imagination.' Mutsuro Sasaki

'It's clear to me that my own architectural thinking was instantly altered by engaging you to work on Sendai.' Toyo Ito to Mutsuro Sasaki

These two quotes indicate both the exceptional nature of Mutsuro Sasaki's work and his influence on architects. What Sasaki is proposing is nothing less than an engineering revolution - an overturning of traditional empirical methods in favour of new kinds of shape analysis that use the principles of evolution and self-organisation of living creatures, adapted from an engineering standpoint, to generate rational structural shapes with a computer. The resulting architecture flows and melts in structural terms - it is 'flux structure'.