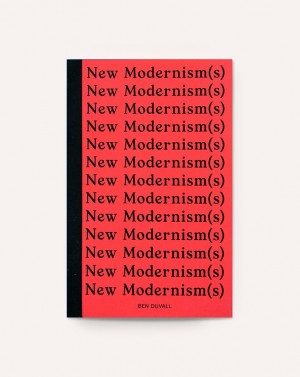 In 1972, Robert Venturi, Denise Scott Brown and Steven Izenour released a book called Learning From Las Vegas, a manifesto of sorts calling for the glorification or ornamentation and vernacular form in architecture. Perhaps more importantly, this book signaled a cultural change, a change in the architectural space in which the term ‘postmodernism’ was coined.

New Modernism(s) is an attempt to trace these changes as they occur in graphic design by comparing the usage of surface and sign systems in current graphic design to their usage in the past century. It is not a comprehensive theory of these changes, but rather a contribution to a dialogue which is already in progress within our discipline.