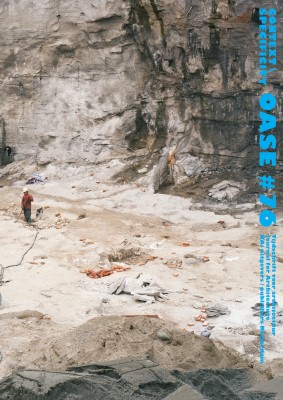 What makes a building specific? What is the importance of a clear-cut relationship between architecture and its surroundings? What does the term 'context' mean for architecture in this day and age? The physical and cultural context in which modern-day building projects are realized is often heterogeneous and subject to rapid change, making it difficult or even impossible to answer these questions and define the concept of 'context'. While for many people there is probably a demand for specificity and for an architecture that seems non-interchangeable and immovable, there is a lack of cultural consensus about how such an architecture can be realized. There is also great diversity in the way that 'contextual' design is currently interpreted, fleshed out, seized upon or rejected by different architects. OASE 76 presents reflections on and re-evaluations of this hotly debated concept, which provides the key to architectonic strategies tailored to the specific demands of the assignment and the location even today. OASE 76 takes stock of the original meaning, the historical debate and the various appropriations of 'context', gradually revealing the considerable broadening of the concept's meaning in contemporary design practice. This edition sets reflective essays by Wilfried Wang and Dirk van den Heuvel alongside several case studies by and about architects such as Miller Maranta (Switzerland), Biq (the Netherlands), De Smet Vermeulen (Belgium), Huiswerk (Belgium), Monadnock (the Netherlands) and Korteknie Stuhlmacher (the Netherlands). The publication also features photos by Bas Princen and a dialogue by Mark Pimlott and Bas Princen about ways of looking, place and time.