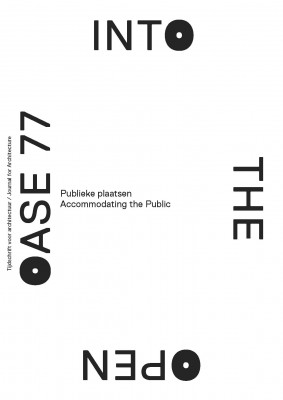 OASE #77: Into the open Accommodating the Public

In the modern world, urban public space is used more intensively than ever, and is often organized specifically for consumption. For decades, this was seen as a negative development; it was said that these regimented spaces are not ‘open’ spaces where people can spontaneously encounter the ‘other’, or where groups can congregate. They thus fail to meet the definition of the public sphere given by thinkers such as Hannah Arendt and Jurgen Habermas: a place for debate and democracy, for exchanging opinions. This issue of OASE shows that the tide is turning. The negative views of the past few decades should at least be qualified somewhat. Fears and concerns about the disappearance of the public domain seem to be giving way to a more positive and sophisticated point of view. This trend is particularly evident among architects and designers, not in large-scale ‘public’ projects, but in an approach to everyday assignments that strikes a balance between pragmatism and idealism. Such designers aim to create conditions in which the public can claim a space as its own. That requires a certain restraint, but there is no need for self-effacement; creating these conditions is an exciting design challenge. OASE 77 repositions the public sphere relative to contemporary social developments, offering critical reflection on a few key studies of the public sphere and the use of urban public space. This issue also discusses and presents positive design practices for urban public space, focusing on several projects from recent years.With contributions by René Boomkens, Abram de Swaan, Hans Teerds, Panu Lehtovuori, Tom Avermaete/Klaske Havik, Ana Luz, Quentin Stevens, Ruth Baumeister, Catharina Gabrielson and Mayslits Kassif Architects.