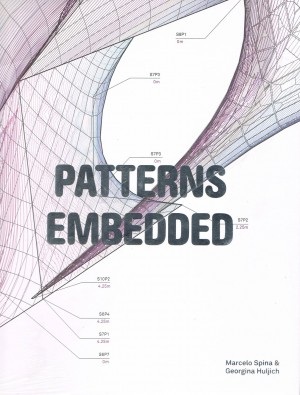 Marcelo Spina and Georgina Huljich are principals of the office PATTERNS founded in Los Angeles in 1999. The research and collaborative based approach of the practice seeks to move between digital and material expressions. PATTERNS describes its form-making as "Driven by digital techniques and advanced computation". In addition to their research, built projects include Prism Contemporary Art in West Hollywood, FYF Residence and Jujuy Redux both in Rosario (Argentina) and Fluid Core Yard in Chengdu, the Skopje Concert Hall, the Vestbanen KulturAtrium in Oslo, and the Fake Plastic Trees in the Schindler House in Hollywood, Essays by Spina and Huljich, John McMorrough, Todd Gannon, and Marcelyn Gow.