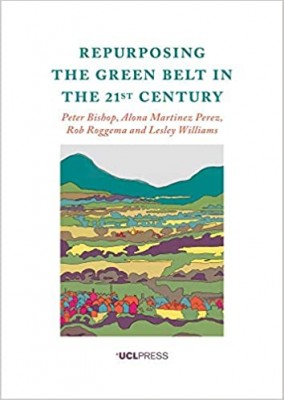 The green belt has been one of the UK's most consistent and successful planning policies. It has limited urban sprawl and preserved the countryside around cities--but what is its role in an era of unprecedented urban growth and potentially catastrophic climate change? Repurposing the Green Belt in the 21st Century examines the history of the green belt in the UK and how it has influenced planning regimes in other countries. Despite the undoubted achievements of the green belt, the authors argue, it is time to review it as an instrument of urban planning and landscape design, now that the problem of the ecological impact of cities and the mitigation measures of major climate changes are at the top of the urban agenda across the world.

Through an examination of practice in the UK, the Netherlands, Spain, and Germany, Repurposing the Green Belt in the 21st Century proposes a framework for a reconsideration of the critical relationship between the city and its hinterlands. It will be useful for undergraduate and postgraduate students of planning, landscape architecture, urban design, architecture, and land economics, as well as practitioners in design, planning, and real estate.