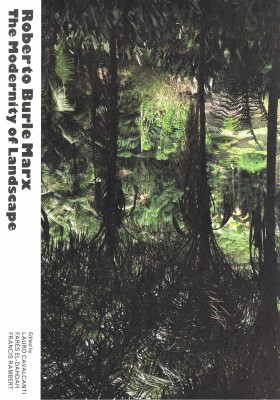 Roberto Burle Marx (Sao Paulo, 1909-Rio de Janeiro, 1994) is known as a landscape architect, but also as a painter, botanist, gardener, chef and jewellery designer. He considered the garden to be one of the fine arts, as the adaptation of the biome to civilisation's natural requirements." This book introduces the realm of the full sensory experience. Burle Marx's work with plants becomes highly pictorial-everything is drawn, coloured and constructed. In this symbiosis between aesthetics and botany, Burle Marx is the master of both species and spaces. His work is the embodiment of the "nature-city," a concept developed from the garden cities of the late 19th century, which has become compromised in the 21st century due to the compact city model. This new publication focuses on Burle Marx's scientific interest in the landscape and his relationship with the environment. Concepts that continue to be of major significance in contemporary landscape architecture, such as ecology, garden as an art form and landscape design in the urban structure, are some of the subjects the book deals with. The visual information of the book is complemented by the texts by Fares El-Dahdah, Francis Rambert, Jacques Leenhardt, Jose Tabacow, Lelia Coelho Frota, Andre Correa do Lago, Dorothee Imbert, Valerie Fraser and Gilles Clement.