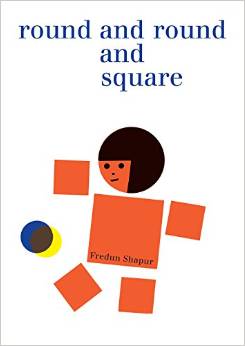 A circle and a square play together to create an entire imaginary world. This book, written and illustrated in 1965 by British designer Fredun Shapur, is an introduction to the possibilities of visual expression, and will delight young readers with its magical shapes and colours.

Fredun Shapur studied at St Martin's and the RCA in the 1950s, and worked as a designer for advertising agencies and design studios in London and Prague. He is best known for his work designing educational children's toys for Naef in Switzerland, Galt Toys in the UK and Creative Playthings in the US. Shapur's oeuvre is now acquired by the V & A Museum of Childhood, London. A major exhibition of his work was held at Kemistry Gallery, London, in November 2014.