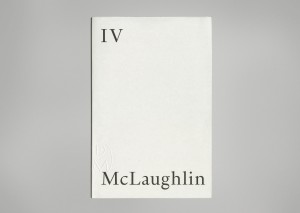 On 25 January 2018, Níall McLaughin spoke about his sketchbooks and sketching practice. Talking through 20 to 30 sketchbooks, from 1989 to the present day, the conversation ruminated on what McLaughlin describes as the ‘originary moment’ of the sketch, touching upon his numerous projects: The Shack, Northamptonshire (1994–96), his Sister’s House (unbuilt and undated), the Alzheimer’s Respite Centre, Dublin (1999–09), House at Dirk Cove, Clonakilty (2004–09) and the Bishop Edward King Chapel, Ripon College, Oxfordshire (2009–13). Such projects were situated alongside copious notes on readings, travel sketches and ticket stubs. The conversation then turned to a discussion, in which McLaughlin recounted the story behind the Alzheimer’s Respite Centre and the installation entitled ‘Losing Myself’ at the 2016 Venice Architecture Biennale, in which his practice presented the project through over 1,000 sketches. His colleague, Yeoryia Manolopoulo, with whom he teaches at the Bartlett, University College London and who co-designed ‘Losing Myself’, joined both discussions.

This publication transcribes the two conversations, situating them against over 100 drawings from McLaughlin's rich sketching practice. Within the Opening Lines series, the book exemplifies Drawing Matter’s attempt to invent an editorial instrument to capture, quite simply, conversations with architects sitting again in front of their old sketchbooks. It includes a foreword, Myths and Memories, by Horsfall Turner and an afterword, Sketchbooks, and their Keepers, by Niall Hobhouse.