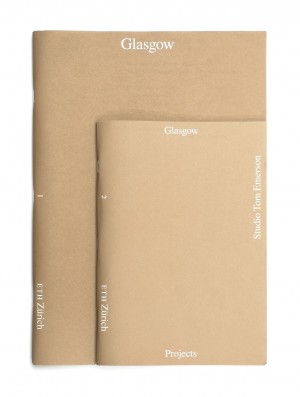 Studio Tom Emerson, ETH Zurich, has produced a collective survey of Glasgow followed by architectural proposals, collectively known as the Atlas. Glasgow Atlas is the third of a series exploring the future of the post industrial city. The catalogue accompanies an exhibition within Glasgow International 2016, Glasgow biannual festival of contemporary art. “Learning from the existing landscape is a way of being revolutionary for an architect” wrote Venturi and Scott-Brown in Learning From Las Vegas in 1972. The sentiment is even more important today as Glasgow accommodates a new post-industrial landscape.
From Piranesi’s Antichite Romane to Rem Koolhaas’ record of the Berlin Wall, the survey has been instrumental in not only recording, but transforming a vision of the past into the future. The projects developed by the students range from rethinking great tracts of city and landscape, to tiny, almost unnoticeable adjustments to boundaries and thresholds, from the fantastical to the plausible. They have suggested new parks, walks, baths, playing fields and viaduct housing woven into Glasgow’s fabric. The Atlas makes no distinction between the used and the abandoned, between the well-known and the forgotten. All surveys are incomplete, subjective, and bear all the naiveté of the outsider’s gaze. They are an attempt to see and retain something, to look more carefully for a future in what is there.