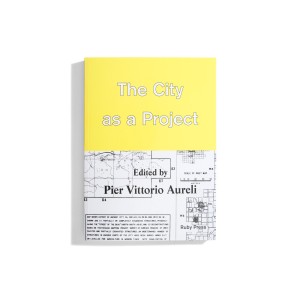 The city is often depicted as a sort of self-organizing chaos. This collection of essays, edited by Pier Vittorio Aureli, makes the case for the opposite hypothesis: The city is always the result of political intention, often in the form of specific architectural projects. Cities are shaped not only by material forces, but also by cultural and didactic visions. This thesis is substantiated by eight thoroughly researched essays scrutinizing a fascinating line-up of urban conditions across more than two thousands years of history: from the political theology of the Islamic city to the political economy of Renaissance architecture; from the rise of public architecture in 17th-century France to the laissez-faire development of the contemporary Greek city; from the exemplary teachings of Jean-Nicolas-Louis Durand to the collaborative work of Hannes Meyer; and from the plan of the Mesoamerican metropolis to that of the Fordist factory floor. In challenging the split between theory and practice, The City as a Project reveals the powerful ways in which the city arises from the constant interaction between ideas and spatial conditions.