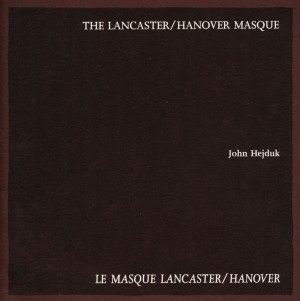 John Hejduk, head of Cooper Union School of Architecture in New York, has gained a wide following with a series of conceptual projects, which integrate his deep-rooted literary, historical and cultural concerns with architecture. Hejduk's masque projects reinterpret the tradition of the court masque, in which members of the audience participated. The "Lancaster/Hanover Masque", which has been purchased for the collection of the Centre Canadien d'Architecture, contains 68 objects/subjects within a twelve-hour cycle.