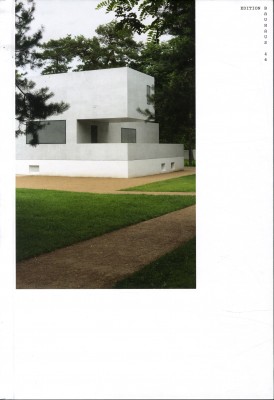 When Dessau was bombed in early 1945, the Director's House and Moholy-Nagy's Master House were reduced to rubble as well. After the Dessau Masters' Houses - epitome of the 20th-century artists' colony - had been restored to their original state in the 1990s, a debate began on the reconstruction of the two houses destroyed in the war. In 2010, after consultation with the British star architect David Chipperfield, the decision was made to recreate the Master Houses of Gropius and Moholy-Nagy using contemporary means, rather than rebuilding them 1:1. And so they have now been reconstructed on the basis of designs by the Berlin firm Bruno-Fioretti-Marquez, as innovative reductions and abstractions of the original houses. This volume describes the chequered history of the Dessau Masters' Houses, presenting the reconstructed buildings for the first time in book form, with photographs by Armin Linke and Heidi Specker.