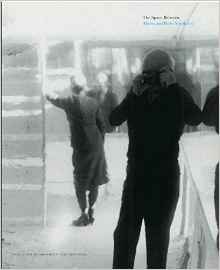 The Space Between is the third part of the intended collected works of iconic British ‘brutalist’ architects, Alison and Peter Smithson and complementary to the volumes The Charged Void: Architecture and The Charged Void: Urbanism respectively published in 2001 and 2005. While the Charged Void books deal with the built and unbuilt projects realised over the years provided with short comments, The Space Between is an architectural text book, richly illustrated, mostly with drawings and photographs by the Smithsons themselves. It can be considered as a summary of their thinking as architects since the beginning of their career, mainly trying to grasp the identity of places by observations of daily life, developing what they liked to call a sensibility of place.