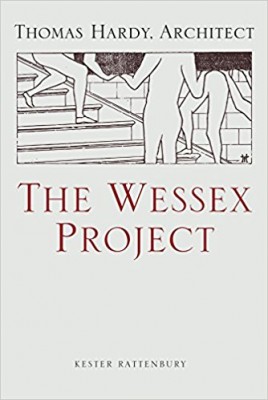 Thomas Hardy's architectural career is not considered a success. Seen usually as a mere prelude to his literary output, it is most often summed up by reference to the 'shockingly' suburban home he built himself at Max Gate. But in this new work, Professor Kester Rattenbury argues the opposite: that far from being incidental, Hardy's architectural thinking is integral to a full understanding of his life's work. This is the first time Hardy's life and legacy have been studied by a fellow architectural writer and critic. Reconstructed from the wealth of little-known drawings, photographs, experimental illustrations and modest built work he produced or oversaw, and an architecturally-biased re-reading of his novels, this book sets out a startling new vision of Thomas Hardy's work, and how it has shaped England in fact and fiction. The Wessex Project exposes the architectural thinking and invention underlying Hardy's novels. It shows how his famous imaginary realm Wessex can be seen as a forerunner of the experimental architectural projects of our own times - in which architects weave together design, description, polemic, and images of both real and imagined spaces, to form highly developed and challenging unbuilt projects, published in books designed to change the way we see the world. The book makes a compelling case for listing Hardy among the greatest of all conceptual architects, as well as recognising him as one of the most influential and active conservationists and architectural critics of all time. This radical new perspective gives Hardy's many readers a chance, at last, to see Wessex as the author himself constructed it: through architectural eyes.