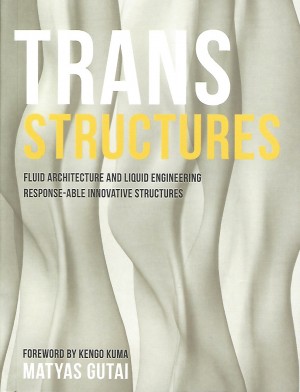 Trans-Structure is an Emerging Design Paradigm that perceives the demands of sustainability as sources of inspiration rather than limitation. Architecture is based upon the misconception that strong is stable, both in sense of energy and structure, as an unchanged state of micro-climate would require more material or insulation. Trans-structures are the opposite: building elements with the response-ability to change according to external conditions in order to maintain stability in terms of structure and/or energy. In this type of building, any effect (structural or thermal load) would generate an immediate affect (a response of the structure). Energy and weight would be counteracted and on a total scale, change would not occur. Such buildings are always in transition from one state to another, unlike conventional structures.