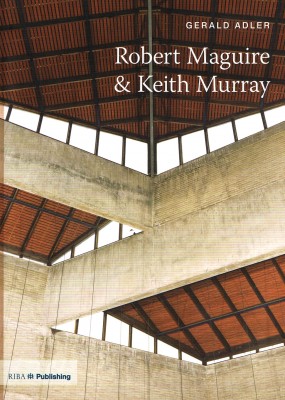 Robert Maguire was still a student at the Architectural Association in London in the early 1950s when he designed his first church. A committed Christian and enthusiast for contemporary design, he was a leading figure in the liturgical reform movement that sought to find an appropriate, modern setting for worship. His design for St Paul, Bow Common in London’s East End was the first such church to be built in Britain, and was followed by a remarkable series of churches and other religious buildings in England in the 1960s and ‘70s designed together with the silversmith and designer Keith Murray, with whom he went into partnership in the late 1950s.

Their practice was famous for combining the intellectual and architectural toughness of the New Brutalism with the humanity and warmth of the Scandinavian tradition. They completely rethought the design of churches, and went on to reinvent the typology of the school and student accommodation.  Bow Common School revolutionised open plan layouts, and Stag Hill Court student houses for the University of Surrey set new standards in communal living with its finely judged mix of privacy and community.

Gerald Adler places this small but highly influential studio within the changing context of post-war architectural practice, where the Brutalism of the 1950s gave way to the more technologically oriented architecture of the 1970s, and the so-called Romantic Pragmatism of the 1980s. The book is illustrated with drawings from the office archive, in addition to new photographs.